Skiing, surfing and safari parks: Could you have your dream holiday at home?

Holidays are one of the best ways to tick off those outstanding items on your bucket list. They provide us with the opportunity to do those ‘once in a lifetime’ things that we dream about in our day-to-day, a chance to live those exhilarating experiences and collect those unforgettable memories.

But what if you didn’t have to wait for a big, expensive trip to a far-flung destination to do all the things on your list? What if you could do those same incredible activities in the UK or Ireland?

At Stena Line, we wanted to put this to the test. So we asked the UK public to tell us what they would most want to do on their dream holiday. Here are the top 5:

We challenged ourselves to find a way to have an Insta-worthy dream holiday without you having to pack your bags and fly around the world — and save thousands in the process. 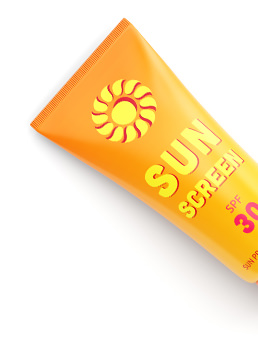 Surfing has (excuse the pun) really made a splash with holidaymakers over the last decade or so. It’s grown from an ancient practice in Polynesia to a rebellious sub-culture in California and now it can be found all over the world.

Surfing is a perfect holiday activity because it combines a little bit of learning — perfect to keep the brain stimulated when it might otherwise switch off — with a fun physical challenge and plenty of time in the sun.

Though Californian surf culture made the practice famous in contemporary society, the best surfing can still be found in its roots. Hawaii, in particular, is known for its profound surf culture and world-class waves. Its white beaches and sub-tropical climate make it a surfer’s dream.

Getting there, however, is not a laid-back experience. From Ireland, it takes at least 14.5 hours to get to Hawaii, not including transfer time, which can quickly stack up to nearly an entire day of flying. And the flights, as you might expect, aren’t cheap. We found they were around €1,753.51 per person for return flights.

Once you’ve landed, you could technically surf for free (no one owns the ocean, after all), but it’s unlikely that you’ll haul a surfboard halfway around the world with you.

Over the last decade or so, there’s been a marked rise in the number of people going ‘cold water’ surfing in North America and Europe.

One of the best places for that? Wales — specifically, Llangennith, a long beach where surfers can get stuck in to the Gower, a reef renowned for its waves. The Gower has been called the heartland of Welsh surfing, offering waves for surfers of all abilities, whether you’re after those mellow troughs or those gnarly thirty-footers.

Some of the best surfers in the UK refine their craft in the waves off the shores of Llangennith, so it’s definitely one for your bucket list.

Unlike Hawaii, you won’t need to endure a 15-hour flight to Llangennith. From Ireland, it’ll only cost you €99 for a return ticket by ferry. Surf gear is a little more expensive than Hawaii — about £80 (€93.60) to buy a beginner board and wetsuit — but you won’t need to pay for a visa or an ESTA to get there.

Because it’s only a short journey, you could probably visit Llangennith for a couple of days before heading back, but for the sake of being fair, let’s say that you’re staying for five days. Accommodation in Llangennith is around £85 (€99.45) per room for a mid-range hotel so your hotel costs for the week would come in at about £425 (€497.25). 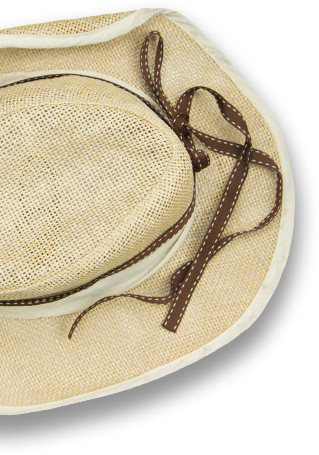 Getting out onto the plains of Africa is the dream of many a wildlife enthusiast, which is why a safari is at the top of many people’s bucket lists. They’re often the only opportunity that people have to see some of the world’s most incredible animals out in the wild, up close, from gigantic elephants and hippos to lion prides and ferocious crocodiles.

No continent does a safari quite like Africa — its stretching plains and varied wildlife makes it a haven for animal-lovers. One of the best-known safaris in Africa is the Maasai Mara National Reserve in Kenya. Maasai Mara shares a common border with the Serengeti and is famous for its plentiful populations of lions, leopards, cheetahs, zebras and wildebeest.

The problem is that going on a safari in Maasai Mara is an all-in experience; planning a day trip out onto the plains isn’t easy to do. The shortest safari package we could find was a 3-day outing that started at $746 (€660.11) per person. Assuming you would stay an absolute minimum of 2 nights, that puts accommodation at €585 per room if you want to stay near Maasai Mara. Cheaper rooms are available in Narok, the nearest town, but it’s a three-hour drive away.

Getting to Kenya in the first place is fairly pricey. Return tickets are about €569 per person from Ireland, but you’ll also need to factor in getting a visa for entry for $51 (€45.28) and the shots you’ll need for typhoid and yellow fever (€165.97).

That puts the entire trip at €2,025.36 per person, excluding food and airport transfers.

You’d be mistaken in believing that you have to leave the UK and Ireland to enjoy an engrossing safari experience. The West Midland Safari Park — located just half an hour or so outside of Birmingham — offers one of Europe’s best wildlife experiences. Lions? Check. Zebras? Check. Elephants and rhinos and cheetahs and pretty much everything else you’d spot on the Serengeti plains? All check. And you can see them all in one day!

Admission, as you might expect, is much cheaper than booking an African experience. Day passes start from £24 (€28.08) per person, though you can book a VIP package if you want something more immersive. Accommodation in Birmingham is agreeable, too, with mid-range hotels starting at about £43 (€50.31) per room. And since it’s in the UK, you won’t need for visas or shots. With ferries coming in at €204 for an overnight return from Ireland, the total comes to just €282.39. 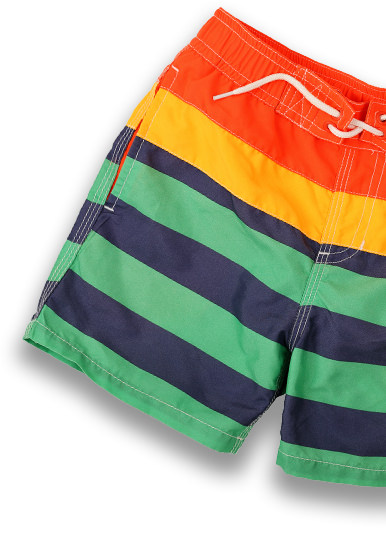 Everyone loves a good spa day, but there’s something magical about the restorative powers of the earth itself. Though thermal spas have been around for millennia (they were a particularly big hit with the Romans), they’ve recently had a rapid increase in popularity. Genuine thermal spas are a rarity, which is why they’re sought after by holidaymakers who are looking for unique experiences.

The tourism statistics for Iceland’s Blue Lagoon have benefitted massively from the Instagram generation. It’s one of the most beautiful places in the world, sporting an azure blue volcanic lake that contrasts sharply with the stark igneous landscape that surrounds it. For that reason, it’s become a top destination for modern travellers to go to.

It isn’t cheap, though. Iceland is notoriously pricey — in fact, it’s cited by many as the most expensive tourist destination in the world, due to high import costs and taxation on food and alcohol. The Blue Lagoon is ISK 6,990 (€52.18) for just one hour in the pool, and that’s if you book in advance. If you want to stay over, the on-site hotel is your only real option, as the spa is in the middle of nowhere. A stay at the Silica Hotel starts at ISK 70,400 (€525.13) per night. Add the flights on top of that — €223.47 return from Ireland — and your total comes to €800.78.

Bath is, in the minds of many, the original thermal spa town. It’s even named after the Roman baths. That’s because of the plentiful geothermal springs underground that allowed Roman settlers to create hot bathhouses, some of which still stand today.

You can actually enjoy a dip in a genuine geothermal spa when you visit Bath by going to the Thermae Spa. Admission to the New Royal Bath is £36 (€42.12) on weekdays, for which you’ll get a two-hour spa session and access to the open-air rooftop pool and the Minerva Bath, the largest of the thermal baths. Accommodation in Bath is about £67 (€78.39) per night, and with ferry prices at €204 for an overnight return, your total comes to just €324.51. 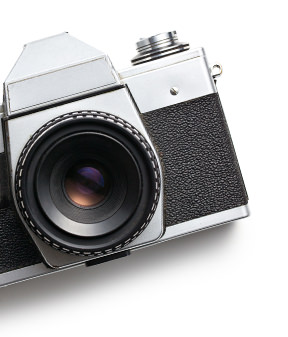 Whales are incredible creatures. With the largest of them measuring almost 30 metres long, it’s understanding that the vast majority of them don’t fit in an aquarium or sea life centre. You have to go out into the wild to see them for real — and spotting them is one of the top things that we want to do on holiday.

One of the best spots to see whales in the world is off the northeast coast of Iceland. The coastal town of Húsavík has become a hotspot for budding whale-spotters, and as such, there are several companies that run world-class whale-watching tours out of Skjálfandi Bay on traditional oak boats.

That means that even without food costs and airport transfers — which can be two or three times what you may spend in the UK — you’ll be spending  €604.33 to do a day of whale watching in Iceland.

Did you know that the Irish government declared the coastal waters of Ireland a whale and dolphin sanctuary during the early 1990s? Ireland’s policies on the preservation of sea life have turned it into one of Europe’s top spots for seeing Minke, Fin, Baleen and even Humpback whales in their natural habitat.

You can go whale watching from West Cork for just €50 per person for 4 hours out on the water. Accommodation in Cork is around €100 per night for a mid-range hotel, and there are no flights to worry about. 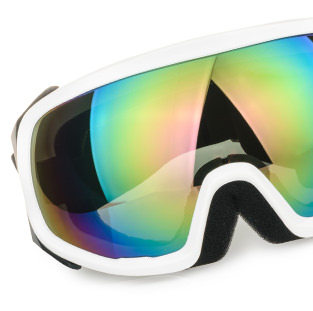 Skiing has a sort of vintage charm about it — maybe that’s because its popularity grew rapidly in the 50s and 60s when metal skis made it easy, even fun, for amateurs to ski as well as pros. Since then, it’s become a top holiday recreation, complete with cosy lodges and alpine tipples.

What skiing hotspot can compete with the world-famous Matterhorn? It’s instantly recognisable by its pyramid shape and its looming presence in the Alps, crossing the borders of both Italy and Switzerland. One of the best ski resorts at the base of the Matterhorn is Cervinia, Italy, where you can take a lift up to some of the best parts of the mountain and ski to your heart’s desire.

Flights to Cervinia are reasonable from Ireland, with return flights coming in at €121.68 off-peak. A day-pass to the Cervinia resort is €43 with ski hire coming it at €22.08 per day if you book online. However, accommodation is pretty pricey, probably because of how remote the hotels are. For two nights, you’ll be looking at about €498.42 per room.

Bet you didn’t know there were ski resorts in the UK! In fact, Glenshee Ski Resort in Scotland sees a great deal of snowfall throughout the year, and with a few gentler slopes than Cervinia, it’s ideal for beginners and intermediates.

The fastest way to get to Glenshee is to catch a short ferry over to the UK. Return prices from Ireland come in at just €105. Admission to the ski resort is a little cheaper than Cervinia, with a 1-day lift pass coming in at €37.44 (although if you just want to hit the beginner slopes, you can get to them for just £20 a day). Ski hire is £23 (€28.08) a day for skis, boots and poles.

A dream holiday from home

If you have plenty of money — and time, too — you might be willing to travel the world to complete your bucket list. For the rest of us, though, the good news is that all the activities we dream about for our perfect holiday are right on our doorstep here in the UK and Ireland.

Here’s to a staycation that exceeds all expectations! For more information, check out our colourful and shareable infographic!